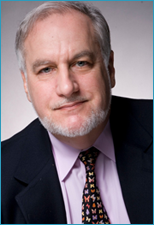 Demitri Papolos, M.D. is Co-director of the Program in Behavioral Genetics and associate professor of clinical psychiatry at the Albert Einstein College of Medicine in New York City (www.einstein.yu.edu). He has been a recipient of an NIMH Physician/ Scientist Award as well as a NARSAD Independent Investigator Award, and his research findings have been published in the American Journal of Psychiatry, the American Journal of Human Genetics, Molecular Psychiatry, and the Journal of Affective Disorders, among others.

In 2001, Dr. Papolos became the director of research of the Juvenile Bipolar Research Foundation (JBRF) where he established a consortium of clinical and basic researchers from medical centers across the country in order to focus on the root causes of childhood-onset bipolar disorder. These investigators have conducted studies in the fields of phenomenology, neuroimaging, chronobiology, neuropsychological testing, and molecular genetics. Recent work published by Dr. Papolos, and his colleagues may be viewed here.

Because thousands of families have completed the online screening instruments developed by Dr. Papolos, JBRF has been able to assemble the largest clinical database in the world of children with, or at risk for, bipolar disorder. Moreover, these diagnostic instruments are available in multiple languages and are being used by clinics in this country and abroad.

The Jeannie and Jeffrey Interview for Children
www.jbrf.org/the-jeannie-jeffrey-illustrated-interview-for-children

Dr. Papolos is the co-author of Overcoming Depression , Third Edition (HarperCollins, 1997) the most comprehensive book written for the lay person on depression and manic-depression, and which is also published in Italy and Poland. He is co-editor of the book, Genetic Studies in Affective Disorders (Wiley-Interscience, 1994) and was associate editor of the Einstein Publication Series in Experimental and Clinical Psychiatry.

Demitri F. Papolos, M.D. is one of a handful of psychiatrists in the world who began to see and to speak out about the possible deleterious effects of antidepressants and stimulants in the population of children within the bipolar spectrum. His extensive work with youngsters with the condition and their families, led him to team with co-author, Janice Papolos, to write the first book ever published on the subject of early-onset bipolar disorder, The Bipolar Child. In its first and second editions, the book returned to press 23 times and a third edition was published in 2006.

Dr. Papolos has been featured on ABC News’s 20/20, the Oprah Winfrey Show, and National Public Radio’s “All Things Considered” and The Infinite Mind,” as well as CBS’ “Early Show” and The Evening News With Dan Rather.

Dr. Papolos earned his undergraduate degree at Harvard and completed his medical training at New York Medical College and the New York State Psychiatric Institute at Columbia Presbyterian. He is in private practice in New York City and Westport, Connecticut.

Share on FacebookShare on LinkedinShare on Twitter
In response to COVID-19, WFC now offers Telemedicine. Telemedicine is effective, research-based treatment! Social Distancing doesn’t mean we have to be alone.