The Limits of Psychotropic Medications 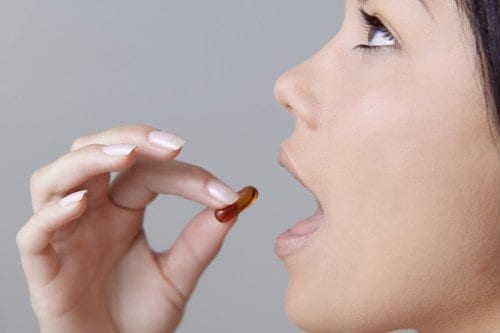 Though the advertisements on TV would have you believe otherwise, the mental health community has differing opinions about the use of psychotropic drugs to treat mood disorders, like depression and anxiety. In one camp, there are those who wish to portray these types of medications as a “silver bullet”… that they are able to reduce depression and anxiety well enough that the person on medication can resume their daily functioning. On the other hand, there are those who believe these medications are based on a very inexact science, which shows little indication of solving the root of the problem from which the mental health issues stem. This last group believes that–while psychotropic drugs may be useful in remediating acute symptoms–the drugs are not as useful as they are advertised to be, when administered without other forms of adjunctive treatment. A recent article by Susan Scutti touts that psychotherapy may in fact be enough in “Psychotherapy Proven To Normalize Brain Activity In Depressed Patients”

Anti-depressants and other psychotropic drugs serve to alter or reduce symptoms. In the case of those suffering from depression, an antidepressant, such as Prozac, can be prescribed to reduce the intensity of the depression. Anxiolytics, or anti-anxiety agents, such as Xanax, can rapidly reduce the physiological dysregulation that occurs in a panic attack. However, according to Nicholas Strouse, a clinician and the director at Westport Family Counseling, “The symptoms, emotional states, and moods are conditions elicited by a source. When treating a patient with psychotropic medications, without discussing the core of the problem, the medication only acts as a band aid. The medication will not resolve the deeper issues that may be causing or contributing to the symptom.”

Strouse suggests that understanding the source of symptoms permits more effective treatment. In the case of the person suffering from anxiety or depression, counseling can offer insights as to the “why.” There are many variables that can account for why symptoms are triggered, or why specific symptoms become most prominent, or why a symptom intensifies at a particular time.

“When diagnosing and treating a patient, it is very important that you are able to isolate as many of the variables that contribute to a person’s condition as possible,” says Strouse. “Providers may be able to administer drugs that reduce the symptoms. However, all too often, people feel they are being experimented on, as providers run through a long list of medications, while the patient continues to live with their ailment. And, in the meantime, it may be that family dynamics, or a relationship… or, even their balance of nutrition and exercise are directly influencing their symptoms.”

In addition to imbalances within the brain’s chemistry, Strouse suggests that other factors including the environment, people’s belief system, thought process, and support network contribute to the symptomatology. The reason these factors are important is two-fold. First, any one of these factors, or a combination of such factors could be a source of the symptoms. That means that a medication will not remediate the issue. Although it may buffer some of the most intense discomfort, it will not actually do anything to stop the symptom. Secondarily, because the benefit of psychotropic medication is evaluated by the perception of the patient over time, it’s important to have a third-party to help track the improvement or effectiveness of the drug.

If psychotropic medication is determined to be helpful to someone’s condition, it would be ideal to integrate therapy with the use of those drugs. This approach allows for the most acute symptoms to be treated, as well as the root, or core issues that may be generating the symptoms. Westport Family Counseling uses an integrative model, in which Nutritional Counseling, DBT, Mindfulness Fitness, and EMDR are some of the interventions used in conjunction with, or instead of medication. “Non-psychopharmacological options are a definite part of comprehensive care,” says Director, Strouse. “Not everyone is comfortable using medication… and, more and more, people understand that using medication alone can limit the potential for improvement.”

To learn more about WFC’s comprehensive care or schedule an appointment, call (203) 227-4555 or email wfc@wfcmail.org.

WFC offers in-person therapy. Please contact us to schedule a live session with one of our therapists. We also offer telehealth appointments for those who need to meet online.